Another day, another hacking challenge.

In today’s challenge we’re going to focus on a reverse engineering exercise.

Clicking on the exercise we see the following: 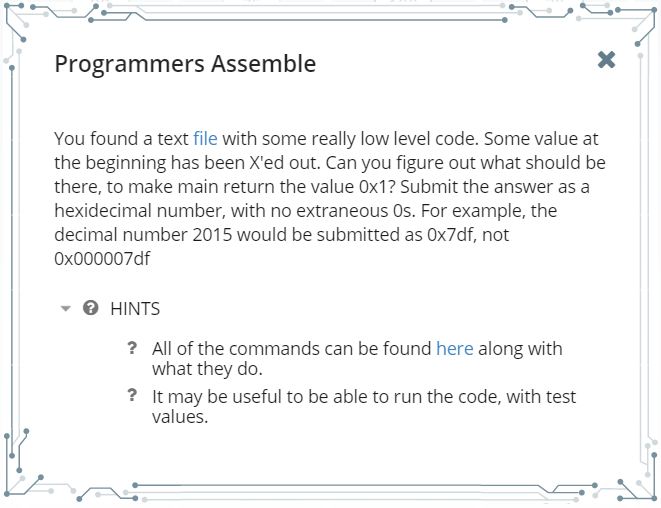 Downloading the file and opening it in WordPad we see: 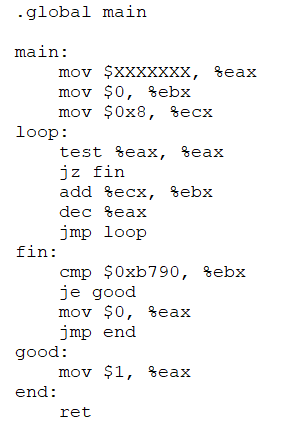 Let’s break it down – line by line.

for the line test %eax, %eax we’re testing to see if the zero flag of the %eax register is equal to zero

Looking at the assembly we know that when eax is not zero, we add 8 to the ebx register, and decrement eax by one and jump back to the loop label. We know if we set eax to 0x16F2 or 5,874 decimal then when eax equal 0 the program will jump to the fin label and the ebx register will be 0xb6790 or 46991 decimal. Once the comparison happens the program will jump again to the good label which will assign the eax register to 1.

To put this in a computer language it will be:

Moral of the story assembly is the bare bones of ALL programming languages. No matter what language you use it can be broken down into assembly.

Entering 0x16F2 into the text box we acquired 75 points!

View all posts by